Main page About tourism in general

About tourism in general 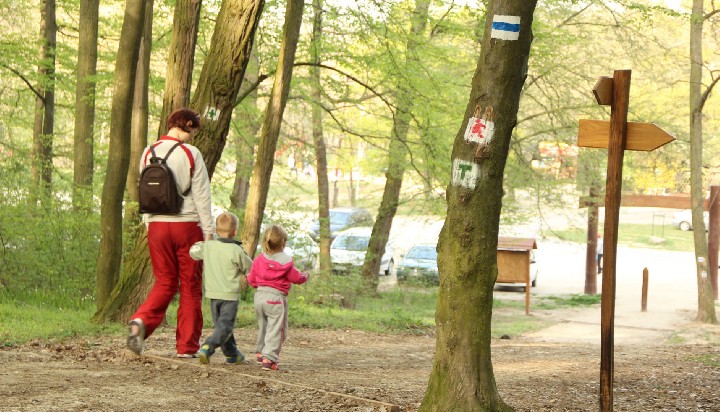 Our Company is responsible for 47.046 hectares in Vas county and thus we play a key role in fulfilling economic, nature protection and public welfare tasks in the region.

Vas county is located in the western part of Hungary, in the West-Transdanubian region.

The county is one of the smallest (3336 km2), however, it is one of the most varied regions of Hungary because of its natural and regional traits with 5 middle-regions and 16 small-regions.

The western region of the county, which is closest to the border, is at the foothills of the Alps with the Kőszeg-mountain at the northern border as the most defining element, having the highest point of the Transdanubian region. The Őrség and Vend regions form a unit on the southern edge of the county. The central part of the county is covered by the Vas-Sopron plains, which is also neighbouring the Rába-valley, in the north-east. To the south and the east you can find the Kemeneshát-region which almost entirely is a part of the county. The Marcal-basin is the southern border of Vas county.

The sub-alpine secondary mountains and hills with their forest have to be highlighted among the varied natural elements of the county, the most striking natural elements are the basalt cones of the Kemenesalja-region and the Marcal-basin.

Following its geothermic features, Vas county is very rich in thermal water which can be found below the surface.

There are two main hiking targets in the county: the Kőszeg-mountain and the Őrség region.

The Kőszeg-mountain is rich in landscape elements, it shows a sub-alpine signs and is strongly structured with vast forest regions, which make it ideal for hiking.  The remarkable height difference and the larger spatial span provide the opportunity for several-day-long tours.

On the opposite, the Őrség-region is more ideal for easy hiking tours because of it being less structured, however, the region is rich in historical and ethnographical treasures and forms a more coherent unit, therefore is the perfect place for complex tourism.

Two of the three emblematic sections of the National Blue Circle run through Vas county. The oldest route, the National Blue Tour, dating back to 1938 starts from the top of the Írottkő-mountain and leaves the county via the Kőszeg-mountain, the Vas-Sopron-plains and the Kemeneshát-region and ends in Hollóháza after 1160 km. The South-Transdanuiban Blue Tour, established in honour of Pál Rockenbauer 1989, starts from Szekszárd and it runs through the county over the Hetés, Őrség, Hegyhát, Pinka-plains, Kőszeghegyalja and Kőszeg-mountain small regions and ends after 556 km at the Írottkő. The total circle connected with the Hungarian Great Plains Blue Tour, with a length of 2550 km, has a section with the length of 270 km in Vas county.

Both the National Blue Tour and the Pál Rockenbauer South-Transdanubian Blue Tour have major sections in the forests managed by the Szombathely Forestry Holding,  as they have the Írott-kő as their end-point.

The Kőszeg-mountain is the only chance to walk on the alpannonia® route starting from Austria, because it ends in Kőszeg.

Thematic routes running through the county must be mentioned as well. These important routes include pilgrim roads linking countries and Europe, as well as the Iron Curtain trail which has a special local historical meaning.

The Hungarian part of the Saint Martin European Cultural Road - runs from the Slovenian border - via Szombathely - to the Slovakian border and is marked with a yellow stripe.

The most important pilgrimage road in Central-East-Europe is the Maria-Route leading through Hungary. It enters Vas county from Austria and leads via Kőszeg and Celldömölk towards the Bakony-mountain.

Both the Maria and the Saint Martin routes have long sections in Vas county and we pay attention to maintaining these sections in the state-owned forests.

Sustaining and expanding public welfare areas and touristic premises are important activities of the Szombathely Forestry Holding as we wish to secure the relaxation and recreation of visitors.